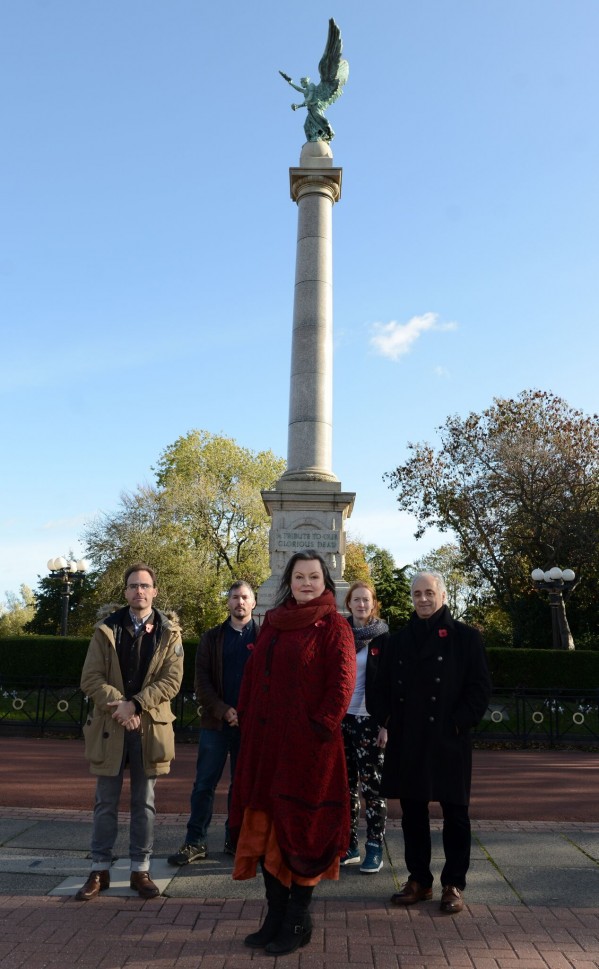 Marking the Great War Armistice Centenary and 100 years since the premiere of Stravinsky’s The Soldier’s Tale, we announce our brand-new opera giving modern-day war veterans a voice.

We have commissioned a contemporary companion piece to Stravinsky’s response to the events of World War I which premiered in 1918 and had its British premiere in 1926 in Newcastle upon Tyne. Inspired by present day war veterans’ real life experiences, The Soldier’s Return is drawn from interviews with local people involved in recent and ongoing combat situations. It explores the impact of conflict when soldiers return home, not only on the soldiers themselves, but also their families and the wider community.

TS Eliot Prize winner and 2018 Durham Book Festival Poet Laureate, Jacob Polley has written the libretto. He said, “The libretto has been made out of interviews with veterans, of two or three generations. I was struck by the power of what veterans had to say and the ways they said it. I didn't do much but arrange this material in what I thought was the best shape to evoke the matter and spirit of what we'd heard. That the work we've made is so moving and strong I hope is testament to the experience of those veterans and their willingness to talk to us and take part.”

The Soldier’s Return follows the success of MIRACLE! An Opera of Two Halves which premiered in Sunderland in 2015 and we have brought together many of the same artistic team, including Artistic Director Alison Barton, international award-winning composer Marcos Fernandez-Barrero, Director Annie Rigby and Musical Director Marco Romano.

Director Annie Rigby said, “I was really struck, in talking to veterans, about how they felt civilians didn’t really understand their experiences. Although we might imagine the experiences of servicemen and women, somehow our imaginations don’t get close to the reality of what it’s like to be on active service, away from home. This opera, built out of the interviews we carried out, aims to explore that distance between home and away, between comradeship and family, and share their experiences with a public audience. I think it’s going to be a really beautiful and special piece.”

Formerly known as Music in the Minster, we are a registered charity. We believe opera is for everyone, and create exciting opportunities for you to experience opera as participants, performers and audience members. The commission is supported using public funding by the National Lottery through Arts Council England and as with all of our work, The Soldier’s Return is about local people taking part – from sharing their stories, to workshops and performance opportunities. We plan to involve as many local residents as possible, including offering free singing roadshows in partnership with The Cultural Spring, and schools workshops.

Sunderland-born Artistic Director Alison Barton said, “We have been humbled and changed by hearing the voices of veterans sharing their experiences. Jacob and Marcos have produced a score of depth and resonance which is both delicately moving in its tenderness, and viscerally affecting in its authenticity. We believe that The Soldier’s Returnstands as a fitting testament to the ending of WWI and the generosity of our contributors, capturing their testimonies and making them available to be heard by the world in perpetuity.”

The Soldier’s Return will premiere at Sunderland Minster in November 2019. More details, including how to take part, will be available in spring 2019. For the latest updates by email, sign up to our mailing list, via the subscribe button at the bottom of this page.