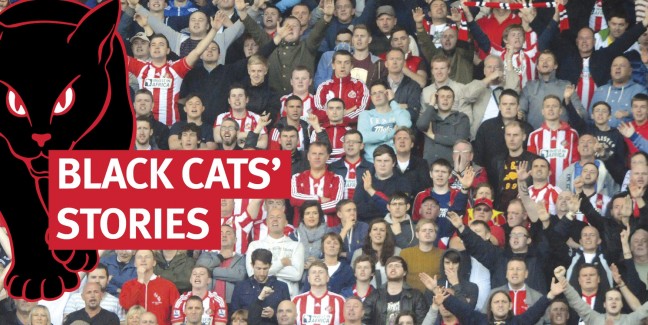 Black Cats’ Stories was a ground-breaking project creating a snapshot of what football means to the people of Wearside, through digital storytelling.  The project was delivered between January and November 2015, in partnership between Opera Sunderland (then called Music in the Minster), Foundation of Light, Curiosity Creative and Sunderland City Council Library Services, supported by funding from The Cultural Spring and The Joicey Trust.

Sunderland AFC fans shared their personal memories of the Black Cats, and working with digital storytelling experts Curiosity Creative, created short pieces of audio-visual made up of photographs, sound, moving image and animation.

These humorous and heart-warming stories about loyalty, family and keeping the faith were launched at a celebration event at the Stadium of Light in March 2015, have been shared online, screened at two public events, and toured 7 libraries and community venues across Sunderland from March – November 2015.  The stories have also been contributed to the City of Sunderland local history records.

After viewing the stories at the celebration and launch event in March 2015, author David Almond commented on how the stories had brought to life the magic of football:

“It shows how we’re surrounded by stories; they’re not just in books or films but all around us. These fantastic stories have all the elements of great storytelling – the passing of time, life, death, family – with football drawing it all together. There is something that is magic about football and the storytellers taking part in Black Cats Stories have really brought it alive.”

Ray Blythe told a story based on her grandfather’s bell that is kept in the Stadium of Light:

“My grandfather was very big supporter of the club and I initially wanted to tell his story through football.  However, I ended up telling the story of our family because Sunderland AFC and football is so ingrained in our history.  The project was amazing because although everybody’s stories were different you can tell how much Sunderland AFC meant to these people and there is a sense of belonging and community across the group.”

Drama, teamwork, passion, training… opera and football have more in common than you might think! 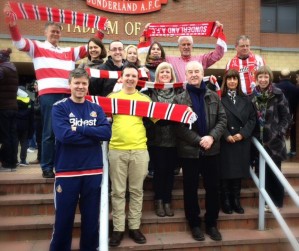 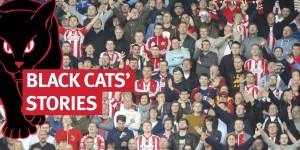 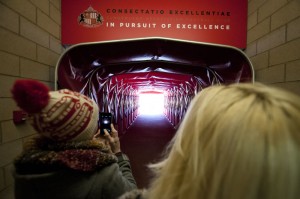 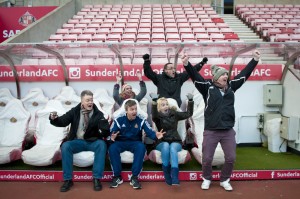 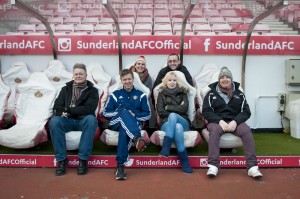