David Almond reveals title of An Opera for Sunderland and reads an exclusive extract! 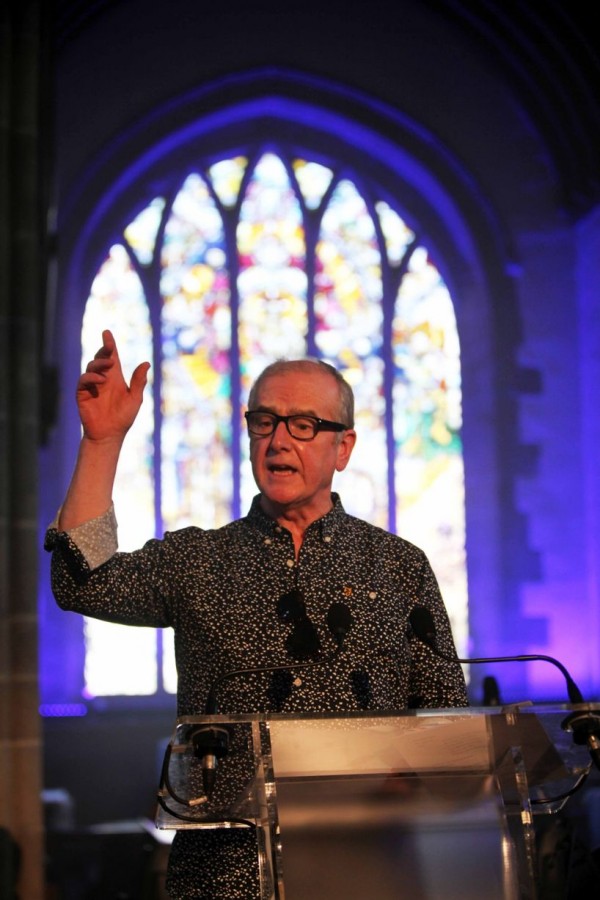 Award-winning author David Almond revealed the name of An Opera for Sunderland and performed at exclusive extract at The Journal Culture Awards 2014 at Sunderland Minster on Tuesday 30 June.

MIRACLE! An Opera of Two Halves is an opera for the City of Sunderland with football at the heart of the story. Performing an extract from his libretto, David, who was also crowned Writer of the Year for penning the narration to the GNR Million Opening Ceremony, was accompanied by a section of composer Marcos Fernandez’s score, which was also being heard for the first time.

You could perform in MIRACLE! An Opera of Two Halves!

The opera will premiere at Sunderland Minster in November 2015 and we’re searching for singers to perform in it! No experience needed just energy and enthusiasm. We’re holding free workshops on 11 & 12 July for people to come along and find out more; meet our experienced creative team and sing some songs from the opera.