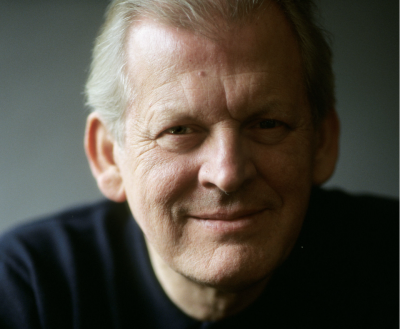 He has been particularly acclaimed for his Billy Budd, Pelléas, Eugene Onegin, Ulisse and Beckmesser, as well as the great Mozart roles of Count Almaviva, Don Alfonso, Papageno, Guglielmo and, of course, Don Giovanni. His recent engagements have included the title role in Gianni Schicchi for Los Angeles Opera and at the Spoleto Festival; the title role in Sweeney Todd; Beckmesser in Die Meistersinger von Nürnberg; Faninal in Der Rosenkavalier; Prosdocimo in Il turco in Italia; Music Master in Ariadne auf Naxos; Peter in Hänsel und Gretel and Don Alfonso at the Royal Opera House, Covent Garden; Eisenstein in Die Fledermaus; Don Alfonso, Ulisse and Don Giovanni at the Bayerische Staatsoper; Faninal at the Bolshoi Theatre of Russia; Eisenstein at the Glyndebourne Festival; Don Alfonso at the Dallas Opera, the Lyric Opera of Chicago and at the Salzburg Easter and Summer Festivals; Forester in The Cunning Little Vixen at the San Francisco Opera and Beckmesser, Don Alfonso and Music Master at the Metropolitan Opera, New York.

Equally renowned on the concert platform, he appears in recital in the United Kingdom, throughout Europe, in Australia and America, and has appeared with the world's great orchestras and conductors. The greatest part of his repertoire has been extensively recorded with such distinguished names as Solti, Levine, Marriner, Haitink, Rattle, Sawallisch and Muti.

He made a triumphant directing debut in 2003 with Albert Herring at the Royal College of Music and he has recently directed tremendously successful productions of Don Giovanni and Così fan tutte for Samling Opera at The Sage, Gateshead. He made an equally acclaimed U.S. directing debut with Le nozze di Figaro for Arizona Opera in 2006 and has since returned to direct Cosi at the Boston Lyric Opera and Don Pasquale at the Chicago Lyric Opera. He is a regular guest at Scottish Opera where his productions include The Barber of Seville, The Marriage of Figaro, The Magic Flute and, most recently Don Giovanni.

He is Chancellor of Durham University. His many honours include the title of Bayerischer Kammersänger awarded by the Bayerische Staatsoper, an honorary doctorate from the Royal Academy of Music and Royal College of Music, Prince Consort Professor of the Royal College of Music, the Hambro Visiting Professorship of Opera Studies at Oxford University, Fellowship of the Royal College of Music, Fellowship of the University of Sunderland, an M.A. from Newcastle University and a Doctorate of Music from Durham University and the University of Birmingham. In the New Year's Honours of 1989 he was created a Commander of the British Empire and in the 1999 Queen's Birthday Honours he was made a Knight Bachelor. Among his proudest achievements is having a Channel Tunnel locomotive named after him; and most recently, being awarded the Queen’s Medal for Music in 2013.