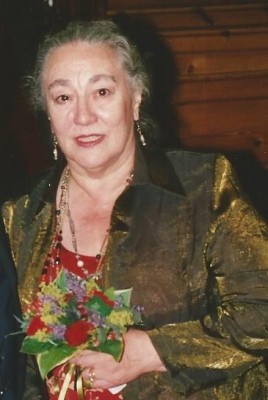 Born in Ryhope as the daughter of musicians, Marj trained as a teacher, particularly of history. Music however remained central to her life, and she participated for many years in local operatic productions. She also wrote regularly for the local press, being classical music critic for the Sunderland Echo for many years. Throughout her life, Marj was a practising visual artist. Her pieces have been exhibited locally, and she leaves behind her a significant body of work in the form of paintings, murals, textiles and artefacts.


Throughout the 1970s, Marj ran the North Eastern branch of Youth and Music, an organisation which introduced young people to classical music. During this time, she pioneered new approaches to concert-going such as ‘cushion concerts’, generating new performance opportunities and bringing musicians into schools, colleges and other youth arenas to meet young audiences face to face.

Marj, who routinely encouraged everyone she encountered to get involved in music-making in any way possible, was appointed High Sheriff of Tyne and Wear for 2006-7. During this year, she founded Music in the Minster (the forerunner of Opera Sunderland) to produce a production of Britten’s ‘Noye’s Fludde’.

She did this because she believed profoundly in the potential of music to enhance lives, and that participating in an operatic production would give young and old performers alike a unique and powerful experience that would live with them forever; beliefs that remain central to Opera Sunderland today.