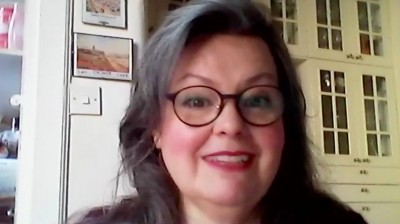 Trained at the Royal Conservatoire of Scotland, Alison was a professional opera singer for 30 years. In 1991, she represented Scotland in the BBC Singer of the World competition, and her performances have been broadcast nationally and internationally on radio and TV.

In 2001 Alison created Naked Opera, which brought innovative presentation of classical vocal music to communities across Scotland, Northern England and London. Their work was the subject of an ITV documentary broadcast in 2003 and 2004.

Since 2005 Alison has lectured in singing at Glasgow Clyde College, teaching across genres, ages and levels.

Since 2007 Alison has been Artistic Director of Opera Sunderland, which changes and enhances lives through the medium of opera. In 2015, O.S. commissioned and presented MIRACLE! - An Opera of Two Halves, which won several regional awards.

In 2015 Alison graduated from the Open University with a BSc (Hons) in Psychology, which, combined with her extensive experience of performance from community to professional level, has informed her approach to performing, teaching and coaching, and has enabled her to offer unique insights into the process of performance development.

Alison now divides her time between the Artistic Directorship at Opera Sunderland and coaching, lecturing and research.