Board Member and Secretary to the Trustees 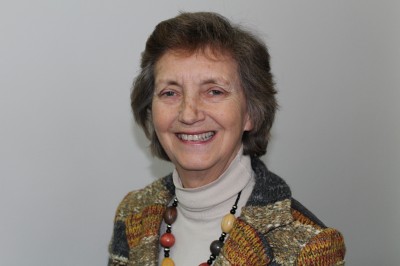 Alex Murchie’s professional life was spent at Tyne Tees Television as a researcher and producer of documentaries and current affairs.

For nine years she sat on the Board of Management of Making Music, the national umbrella organisation for amateur musicians. She was a member of the Northern, then North East regional committee from 1992, chairing it from 2008 - 2011. She is at present Regional Advocate for YNE.

Alex sings soprano with Cappella Novocastriensis and the Newcastle upon Tyne Bach Choir; until recently she managed publicity for both of them. She attends many workshops and Summer Schools and occasionally sings solos with local choirs.

Her musical interests range from plainsong to the Spooky Men’s Chorale.

Her other passions include light aviation and horticulture. She reads voraciously, and enjoys theatre and contemporary dance. In pursuit of the Ineffable, she intermittently practises Tai Chi, and attends Shiatsu sessions.

She believes that if you sing, you will be happier and more fulfilled than if you don’t, which is why she is committed to the work of Opera Sunderland.