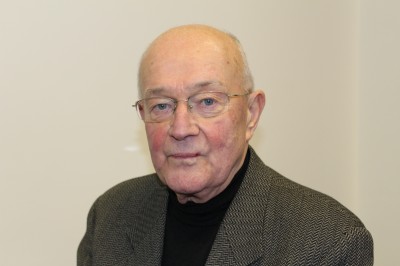 Peter Moth retired as Director of Broadcasting at Tyne Tees Television in 1996 after 28 years in broadcasting. Prior to that he had worked for 6 years as a teacher of religious education. and remains a minister of the United Reformed Church, ordained in 1963. As well as being a Trustee of the Northern Arts Board and The Hearth at Horsley, he has chaired the Boards of the National Glass Centre, Northumberland Touring Theatre Company and the Arts Marketing Company. He also served as a non-executive director of the Northumbria Ambulance Trust and as a governor of both the Royal Grammar School and Sunderland University.

His involvement with Music in the Minster, the previous name of Opera Sunderland, came out of his friendship with Marj Barton, who  founded the organization in her shrieval year. Although not a musician himself, he has a long-standing love of classical music and the power of music to unite and motivate. He has a wide range of administrative and pastoral skills as well as practical broadcasting experience.